17 claims every hour of the working week

Following the abolition of tribunal fees last year we warned it would become much easier for employees to take their employers to court.

The warnings were warranted. The latest figures published by The Ministry of Justice show the number of single claims received is 165% higher than in the same period last year. For multiple claims it is even more striking, with a 344% increase.

They also show this surge in claims has inundated the tribunal courts. The backlog to process these claims can be as much as 6 months a long time for an SME to be focusing on such a distracting issue.

The most common reason for claiming is unauthorised deduction of wages which is not surprising as an employee does not need two years’ service. For unfair dismissal the average compensation pay-out is about £15,000 and the largest was more than £400,000. For discrimination, the largest pay-out was nearly quarter of a million pounds.

So at the very least, being taken to a tribunal will be a distraction, while worst case scenarios could see you facing significant legal fees and a compensation award. There could be reputational damage too.

But stop worrying! Comprehensive protection against all these risks is one of our core services. Our retained advice line provides the expertise of an in-house HR team at the fraction of a cost of hiring one. It gives you unlimited telephone and email support from a local, qualified HR adviser. They’ll help you avoid stumbling into a tribunal court through a lack of knowledge or a poor HR decision.

But better still, if an employee did try their chances at a tribunal now that there’s no fee to pay, our advice line is backed by tribunal insurance. This covers your legal costs and any compensation , as long as you followed our advice from the outset. If you haven’t signed up to our advice line yet, these figures show that now’s a better time than ever.

Tales from the HR Crypt 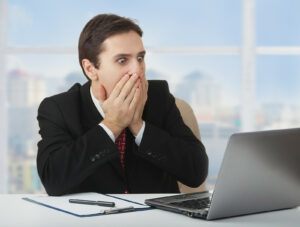 ‘tis the month of Halloween so to send a shiver down your spine we thought we’d serve up horror stories about nightmare colleagues.

Beware the next time an employee goes on a long-haul holiday. One person described on social media how their co-worker took a month’s leave, and while they were gone a spider infestation broke out in their desk drawers.

If that’s too creepy crawly for you, how about the person who accidentally pepper sprayed their entire office. Described as “weird in an office where 50% of staff were weirdos”, this individual took an electric slow cooker into his work cubicle to make a stew for lunch. As you do. When he removed the lid it decimated the workforce with coughing fits and watering eyes as he’d been cooking a piece of chicken in a confection of hot chilli sauces.

Stay safe this Halloween, and if you find yourself in your own HR horror story, let us know!

The latest on childcare vouchers

This month, there have been dramatic changes to the rules on government childcare support that your employees might claim. The established scheme, childcare vouchers, was closed to new applicants on 4 October. In its place, the tax-free childcare scheme, which had been running concurrently, becomes the only option for new claimants.

The key thing for you to know as an employer here is that if any of your employees are on the childcare voucher scheme, which they receive through you, they can stay on it. However, if they voluntarily leave the scheme, take an unpaid career break of more than a year or you close the scheme, the only option open to them will be the HMRC-administered tax-free childcare scheme. For advice on how you design an employee benefits scheme, including childcare, get in touch. 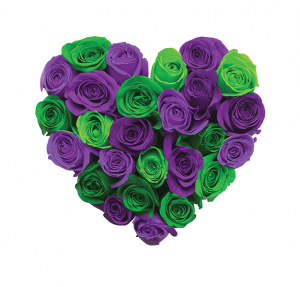 Losing a young child is surely one of the most traumatic experiences imaginable.

In a UK first, parents who experience the trauma of losing a child under the age of 18 will soon be entitled to statutory paid bereavement leave.

If you have managed people who have experienced such loss, it may well be that humanity has prevailed and you have given them this support and space that they need anyway. But what do you need to know, now that it is being written into law?

This legislation was a manifesto promise, and it has been working its way through parliament. In September 2018 it was given Royal Assent which is an important step in its implementation.

Nothing changes just yet, but it is likely to come into force in 2020. It will give all employed parents a day-one right to two weeks’ leave if they suffer a stillbirth from week 24 of pregnancy, or the death of a child under the age of 18. Subject to meeting eligibility criteria, they will also be able to claim pay for this period.

We’ll keep you posted on the introduction of this new statutory leave. Should you need support managing a parent who loses a child, your local HR Dept adviser will be able to help.

Can you give a bad reference? 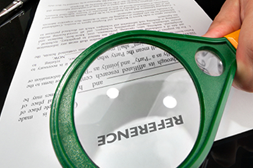 What happens when you receive that dreaded reference request for the employee who was lousy at their job or had a poor attitude?

The good news is that, with a few exceptions (like financial services), you can dodge this bullet. There’s no legal obligation to respond.

If you are inclined to provide a reference, it can include information detrimental to their cause – as long as it’s accurate and fair. This means it should not include subjective opinion and should be backed up with facts.

Your former employee can ask to see a copy of the reference. If they felt it was inappropriate, they could claim damages if they could prove it was inaccurate and that they suffered loss.

It’s helpful to have a policy for responding to references, especially if more than one manager may be providing them. This ensures they’re all handled consistently and efficiently.

If your business is in the hospitality sector, a shake-up of the laws on tipping is coming your way. The government announced that it would legislate as soon as possible to ensure that tips go to the workers who provided the service, without any deductions being made by the employer for various purposes.

A consultation showed strong support from consumers – whose intention is to reward their waiting staff for good service with their tips – for this measure. This is just one of several pitfalls that hospitality businesses can be trapped by when paying staff, so do take care.