HR Outlook: what SMEs should be looking out for in 2017 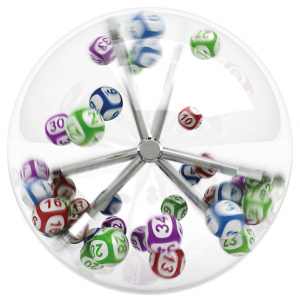 Between Brexit and Trump, we start 2017 in a period of great uncertainty. But though there are many unknowns, there are a few fairly significant employment legislation changes that we do know are coming, and that we as small businesses need to prepare for.

Here’s our HR Outlook list of what SMEs should be looking out for in the year ahead.

1. Changes to the rules for employing foreign workers

The Immigration Act 2016 skills charge comes into effect in April this year. The Act aims to reduce employers’ reliance on migrant workers, and provide an incentive to train British staff, by imposing a levy of £1000 per year for each foreign employee recruited under Tier 2 of the immigration points system (£364 for smaller businesses and charitable organisations). The charge won’t apply to PhD-level jobs.

Until this year, increases to the National Minimum Wage were always applied in October, whilst the National Living Wage rose in April. From this April 2017, both will increase together, reducing the administrative burden on small businesses.

Although more of an issue for large firms, some small businesses will be affected by the abolition of tax savings through salary-sacrifice schemes from 6 April.

Schemes relating to pension savings, childcare, cycle-to-work and ultra low emission cars won’t be affected. Schemes in place before April 2017 will be protected until April 2018.

5. Efforts to get ready for General Data Protection Regulation compliance should be underway

The EU General Data Protection Regulation doesn’t come into force until May 2018, but SMEs need to spend time this year making sure that they’ll be able to comply when it does.

Employers will need to audit the employee personal data that they collect and process to ensure that it meets the Regulation’s conditions for employee consent. New governance and record-keeping requirements mean that employers will also have to create or amend existing processes on privacy notices, data breach responses and access requests. Firms that aren’t compliant by May 2018 risk fines of up to €20million or 4% of annual worldwide turnover, whichever is higher.

The next few years are going to be a period of significant change for businesses; make sure that your firm is as prepared as it can be by having the right people and HR processes in place.

Surveillance: Who’s watching who when home working during coronavirus?