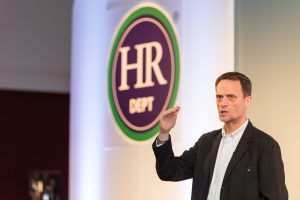 At long last, the government has responded to the Matthew Taylor Review into modern working practices that was presented last July.

The Good Work plan says it will go further than the Taylor Review, but it doesn’t give any timeframe as to when this will happen, or how. The reforms include:

When this will happen is anyone’s guess. The ‘reforms’ have set up four more consultations whose timescales haven’t been announced.

Having clear guidelines to define if someone is an employee, a worker or genuinely self-employed is urgently needed.

Speaking at The HR Dept conference in November, the author of the Taylor Review of which the Good Work plan is based, Matthew Taylor, said: “Small businesses don’t find themselves at a tribunal because they’re evil people. They get there because they don’t understand the law, and that’s where HR experts can best help them.”

What does this mean?

Not a lot – until the results of future, as yet unscheduled, consultations and any legislation from these come into force.

The Good Work plan will, however, provide 1.2m agency workers with a clear breakdown of pay and any costs or charges deducted from their wages, as well as consideration of repealing laws that allow agencies to employ workers on cheaper rates.

The Low Pay Commission has also been asked to consider the impact of higher minimum wage rates on flexible workers, but it is unclear when or if any change to wage rates would be implemented.

What are people saying?

The government are touting it as a huge reform of employment and that millions will benefit from enhanced rights and better working conditions.

Critics say it doesn’t go far enough and that the Good Work plan claims a lot, but doesn’t have much substance to it about when and how things will change.

What do we say?

The HR Dept has been consistently calling for greater clarity on employment status, as well as better education and communication for smaller businesses to help them avoid falling foul of the law.

Sham self-employment continues to hurt workers and urgent action by government is needed not more consultations. Most recently a so-called ‘self-employed’ DPD delivery driver died after skipping numerous medical appointments because he had previously been fined for visiting a GP. They work the same routes, used branded vans and take all the risk – but they have to calculate and pay their own tax and have no rights to sick and holiday pay.

The Good Work plan offers no real action or clarity, meanwhile, zero-hour workers continue to be exploited, unable to get mortgages or rented accommodation.

The recommendations sound good on the surface but are meaningless until challenged at an employment tribunal. The right for flexible workers to request more structured contract is a good start, but further guidelines or clarifications about how this would work in practice are crucial for SME employers.

The principles for fairer working are laudable, but until we see action, these are just aspirations.

We will, of course, keep you updated as and when these recommendations and consultations come into effect.