Why companies who discriminate against maternity should be named-and-shamed 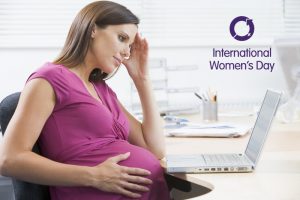 In recent months the voice of women has been heard as they have rightly raged against pay inequality and sexual harassment and now women from all sectors of industry and levels are speaking out about the discrimination they face after having a child.

The law says it’s sex discrimination to treat a woman unfavourably because of her pregnancy or because she wants to take, or has taken, maternity leave. This protection starts as soon as they apply for a job as no candidate can be discriminated against because they’re pregnant, nor can they be fired later because of it.

54,000 women each year face bullying and downright discrimination. Some of these true stories from women highlight how prevalent the issue is and how backwards the thinking can be.

One woman was threatened with a wage cut: “My employers discriminated against me from the moment I told them I was pregnant. I work at hourly rate, not a salary and they tried to cut my pay by £1.50 an hour due to pregnancy-related sickness.”

Another mother explained how she was bullied: “The biggest mistake I made was to tell my boss that I was two months pregnant, [from then on] I was pressurised to have an abortion. When I refused he promised to put me on the poverty line.”

Instead of being fired, one mother was forced to quit: “I had 24 hours to resign and sign a non-disclosure agreement. I was completely and utterly shocked, but the worst part was that it stated that I had to say the reason I had left was because ‘I couldn’t cope with the role’.

These are extreme examples but managing maternity leave properly and positively while limiting any negative effect on the company does require planning. Shared Parental Leave was meant to be a way of balancing responsibility between both parents but with a very low uptake, the Government needs to have a rethink.

These horror stories should be consigned to the history books and modern family-friendly policies is the only way forward.

Tribunal decisions have been made public for some time now, but a name-and-shame list, like similar schemes for minimum wages, would let companies know this is unacceptable in the 21st century – and let future mothers-to-be know which companies to avoid working for.

Getting expert HR knowledge can help avoid a huge cost at an employment tribunal. A recent case saw a mother claim £250,000 from her former employer after being edged out.