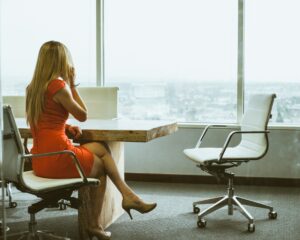 International Women’s Day takes place on 8th March 2018. This year’s marks 100 years since women won the right to vote in the UK.  This might seem like progress, but there’s still so much more to be done. There are more FTSE bosses called Steve or Stephen than there are female CEOs. And more Davids too!

UK firms are well above the global average when it comes to women taking the top tier positions, with around 15% of executive roles held by women and the number of women on FTSE boards has soared over recent years due to government and shareholder pressure to boost diversity.

From April this year, all UK companies with 250 staff or more will be required to publish the gap between what they pay men and what they pay women. This will certainly provide data to further highlight the gender pay gap. It is to be hoped that the shame of what is revealed will speed up the closing of this gap – on current trends gender pay parity is 200 years away.

Some critics of this policy have argued that gender pay reporting could reduce family-friendly policies and attitudes of bigger employers to enforce gender equality, although it’s just common sense to pay people the same wage for the same job as well as supporting people through their career as they start a family.

Britain’s most successful companies have women at the top with the most gender diverse companies being 20% more likely to have above average financial performance compared to those with a less diverse workforce.

And what about smaller businesses? There is a significant gender pay gap at this level, too. How gender diverse is your business? Many businesses will benefit from seeking advice on how to implement processes that encourage equality and reduce bias. For example, one positive step would be to create wage bands that are applied equally across the genders.

Finance manager who faked terminal cancer is convicted of fraud

Derby Crown Court recently heard the case of a finance manager who faked a terminal illness and stole £17,000 from her employer. The employee made nine fraudulent transactions including stealing £1,000 within the first three days of starting her new role.

Her fraudulent behaviour was uncovered whilst she was off work to deal with her alleged cancer. It transpired that this finance manager had two previous fraud convictions, in 2012 and 2015.

For her latest crime, she was sentenced to 20 months in jail.

As is typical in such cases, her employer needed to dedicate a great deal of time and money investigating what had happened, and in getting their accounts back in order.

A useful tool for understanding and managing the risk of employee fraud is The Fraud Triangle. It is a framework designed to explain the factors at play when an employee commits fraud. The triangle is made up of, first, motivation: greed is the most common motivation, followed by debts and gambling. Opportunity is the second point of the triangle and examples may include weak internal controls, no training and no checking of references. Rationalisation is the third point – for instance the employee feels that the company is too big to notice, or deserves to be punished, or that the employee has “earned it”.

Understanding this model highlights the importance of due diligence and stringent recruitment processes as well as the need for robust internal controls.

Why staff shouldn’t bring their own computers to work 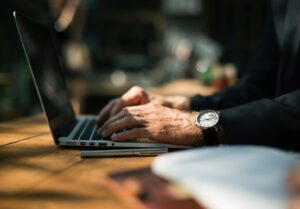 A bring your own device (BYOD) IT policy is often seen as the trendy way to work. But whilst you may think it will slash your IT spend and let employees revel in the latest gadgets, there’s increasing push-back against this practice.

According to a survey by Damavo UK, many IT directors feel that BYOD is not cost-effective. The company can end up forking out extra for individual costs such as data plans, and employees tend to use the IT department as a first line of support even if they’re not meant to.

There could be cultural issues too, with disparity between the kit that employees can afford.

Perhaps most importantly, it presents data security risks, with it being harder to provide standardised security measures and to enforce robust IT policies. 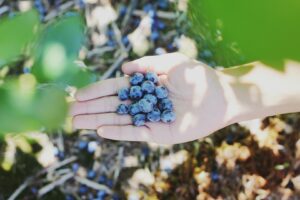 Wily job recruiters are forever thinking of ways to stand out and make their job listings more appealing. A current fashion is to come up with the weirdest titles possible for job roles. A practice known as ‘jobbledygook’.

Whilst these may provide some passing amusement, job seekers can find it difficult to understand what the role actually entails. This means that businesses which use such recruitment techniques are running the risk of losing potentially high quality candidates.

While it isn’t news that long commutes have a big impact on health and productivity, one survey has quantified the productivity hit.

A study developed by VitalityHealth found that those who commuted to work in less than half an hour gained an additional seven days’ worth of productivity each year, compared to those with a commute of an hour or more.

Some smart employers are recognising the benefits of mitigating the commutes of their staff. These include reducing lateness and absenteeism, cutting error rates and lowering staff turnover.

Initiatives that might ease the commute for everyone’s benefit could be to offer the option of commuting outside of rush hour, a cycle to work scheme, or even flexible working.

The worst excuses employees use when calling in sick

It’s amazing what excuses some employees use when calling in sick. Some real examples that are unlikely to have been heard with a sympathetic ear include a fish being sick and the dog eating the employee’s shoes (the adult equivalent of the dog eating your homework).

One employee even called in saying his dog had had a fright and he didn’t want to leave him.

The first rule of managing absence is having clear policies.