Does your dress code discriminate? 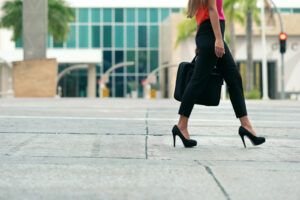 You arrive at work and find your receptionist wearing running trainers instead of his usual smart shoes. With two clients already in the waiting area you don’t want to make a scene, but you’re not happy.

It’s good you didn’t blow your top though, as it’s always wise to check for a simple explanation. And here, your receptionist sprained his ankle earlier. It was either wear the trainers or go home incapacitated, leaving you in the lurch.

But if it was just standards slipping, then it’s a dress code policy that gives you the framework to deal with it appropriately.

A dress code helps you maintain a certain image for your business. It can include personal grooming and there may well be health and safety considerations as well. But if not devised and implemented well, a dress code can give rise to discrimination and then tribunal cases or mockery in the national press.

The general rule is that you’re free to set your own dress code as long as it’s justifiable for a business or health and safety reason. But you should be careful of anything that imposes a requirement on an employee which encroaches a protected characteristic under the Equality Act 2010 (for example sex, gender reassignment or religion).

That’s not to say there cannot be any divergence of dress code for, say, men and women. A ban on beards may be justifiable for men if, for example, facial hair interferes with a safety mask. And in customer facing roles, you may be able to justify a degree of gender-defined requirements based on cultural expectations.

But be warned, the more subjective your policy, the more at risk you are to a discrimination claim and/or bad publicity. Blunders abound. For example, makeup and high heels are two areas to be particularly wary of – it’s hard to justify either for any reason. Virgin Atlantic has just removed its infamous makeup requirements for female flight attendants, and PwC was caught up in a high-heels media storm a year or two ago.

There are rarer issues to contend with too. Like how to manage a transgender employee’s appearance. Or where a policy discriminates indirectly, say on religious grounds.

Whether it’s because of sexism, a sex change or something else, don’t let your dress code bring you down. Ask us for a review to ensure it does not discriminate. 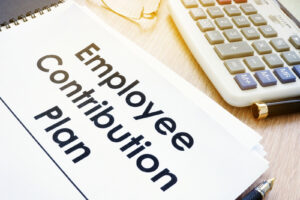 There’s a payroll chore this month if you have an auto enrolment pension scheme. And, more significantly, a higher ongoing cost burden for employing people.

From 6 April 2019, the minimum percentage of salary that you must contribute to eligible employees’ auto enrolment pensions is increasing from 2% to 3%. The overall contributions rise to 8% of salary each month. So for staff, their minimum contributions are rising from 3% to up to 5%, depending on the amount you decide to put in.

As the employer it is your responsibility to ensure that these increases are implemented. You’ll need to assess which employees are affected, make the necessary adjustments to your payroll and communicate the changes to your staff. The Pensions Regulator does have the power to issue fines for non-compliance with April’s rises. We’d also advise reviewing your budgets to ensure they can account for the extra cost.

Please note that, depending on your pension scheme rules, there may be a provision for your employees to avoid their contribution rises. It is known as opting down. You can refuse an opt down request, but if you permit it, your employee would have to go through the auto enrolment process again as required.

It’s important to flag that you are not allowed to actively promote opting down as it goes against the intention of the legislation, and can have knock-on effects that disadvantage your staff. Therefore we only mention this so you are informed, in case your staff raise it with you. 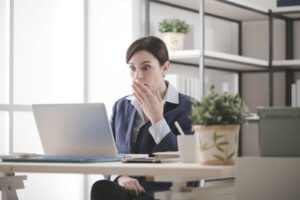 We recently blogged about best practices when you are inducting new employees. But what about the opposite – avoiding first day disasters.

You know, like not letting a new employee lock themselves in a walk-in fridge within hours of joining your company. Or leaving a mysterious spray in a desk drawer only for your recruit to discover the hard way that it’s mace. Or adorning your latest hire’s desk with a beautiful bouquet of flowers… which were embarrassingly intended for someone else who’s off on maternity leave.

Those are all real examples, and our favourite (no, that should be least favourite!) is the confession of a newbie who on day one was allowed loose on an email system that let him send 10,000 customers an email wrongly saying their insurance had expired.

It’s essential to prep for first days: among other things readying workstations, providing a tour and setting up training. 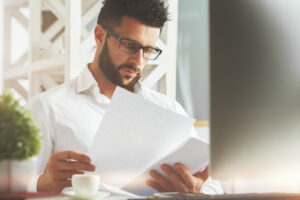 March marks the start of spring. The first quarter of the year is nearly done and it’s the season when many get their house in order with a spring clean. What better time to review your employment contracts and handbooks, making sure they’re up to date?

These documents underpin your whole employment relationship with your staff. They describe what rights they have, what rules they must follow and what happens if they breach them.

Law changes will normally mean some updates are required each year. For our Advice Line + clients, we’ll automatically update yours as part of our service. But your business and its culture will evolve too, maybe your dress code for instance. When was the last time you considered how your culture is reflected in your contracts and handbook? Get in touch if you want to discuss.

They don’t come any bigger than this when it comes to private sector equal pay claims. With a significant gender pay gap still prevalent, all employers should take note.

The Court of Appeal has agreed with an employment appeals tribunal ruling which favoured an equal pay claim against Asda. More than 7,000 mainly female workers based in Asda’s retail stores took their employer to court, claiming that they were not receiving equal pay with the depot workers – mostly male.

Asda argued that the two pay structures were distinct and could not be compared. But the courts have found that, as the employment relationships can ultimately be traced back to Asda’s executive board, there is a basis for comparison. It’s an interesting point which many businesses may like to reflect upon.

This is not the end of the story. But it does allow the next chapter to begin. A tribunal will now establish whether the work carried out by each set of employees is of equal value to Asda. If so, they’ll decide whether there are any objective grounds for the variation of pay.

#InternationalWomensDay has been trending in March bringing workplace discrimination into focus. The gender pay gap is just one aspect of this. Last year, the Office for National Statistics figures revealed it had dropped from 9.1% to 8.6% for full-time workers – its lowest rate yet. But further improvement is required.

The UK government has been introducing measures like gender pay gap reporting for larger organisations. But as it’s illegal to pay different rates based on gender, the courts can play a big part in closing the gap too. Given the scale of the Asda case, the impact will be significant whatever decision the courts reach. 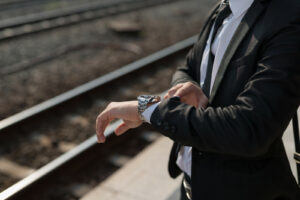 At long last, the clocks go forward on 31 March! So we can all start to enjoy longer evenings, brighter mornings and an extra spring in our steps as we approach summer. The downside of the spring clock change is that we lose an hour of sleep over the weekend. But hey: short-term pain, long-term gain!

To reduce the likelihood of employees rolling in an hour late on the next working day, be sure to remind your team of the switch to British Summer Time – particularly if you have staff working on Sunday mornings. 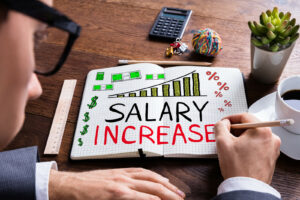 The minimum wage rates will be changing from April. Find what you need to know below: