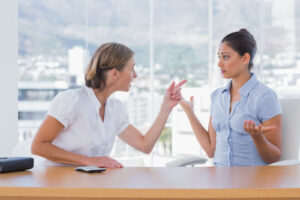 Is suspicion a good enough
reason to sack someone?

Imagine you’ve held a confidential meeting with your directors about an extremely sensitive issue. Then in the following days, some of the subject matter becomes the talk of the town amongst your wider workforce. Or worse still, outside your company. You’d be fuming. And rightly so. Trust is essential in successful workplace relationships.

If, after some preliminary asking around you have your suspicions, your first instinct may be to summarily sack your culprit. But we would urge you to temper your instincts. This is a high-risk action which exposes you to an unfair dismissal claim.

Such a sacking has just been played out across the national press. You’ll have read about the prime minister, Theresa May, dismissing her defence secretary, Gavin Williamson, for allegedly leaking the details of a National Security Council meeting. He described the process leading to his dismissal as trial by a kangaroo court.

While employment tribunals will not be at the front of the prime minister’s thoughts, they should be for SME businesses who act in a similar way. Awards for unfair dismissal can easily run into five figure sums. They are normally capped at the lesser of one year’s salary or £86,444, but in the case of whistleblowing or discrimination are uncapped.

If the above scenario, or some other serious wrongdoing occurs, it’s essential to follow the correct procedures, which should be outlined in your disciplinary policy. This will include a fair investigation. Once these have been followed, dismissal may then be a perfectly acceptable outcome.

Of course, in the case of the defence secretary’s sacking, someone must have leaked the story. In such cases the workplace culture, the expectations of management and the communication of company policies are so important in defending against indiscipline.

Incidents like this are among the problems that our advice line was designed to solve. When you are signed up, we’ll be there to advise you on the correct handling of such issues. And as long as you follow our advice from the outset, you will be protected from tribunal costs and awards by our tribunal indemnity insurance.

Ramadan in the workplace 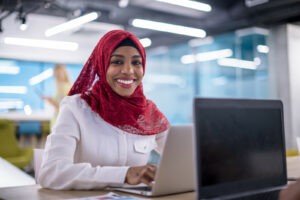 From 5 May and lasting 30 days until 4 June it’s Ramadan, a holy period for Muslims. With three million Muslims in the UK, it is a time of the year that will impact many workplaces.

A good workplace culture will foster open dialogue between managers and employees about their needs, and Ramadan is no exception. So talk and find out if Muslim staff need any temporary adjustments. Ramadan features several customs, but fasting (food and drink) between sunrise and sunset is likely to be the one most noticeable at work.

Be accommodating where possible, as not being so without good cause could amount to religious discrimination. But if you have a strong business reason to deny a request, then you can do so.

The fasting is likely to cause tiredness and maybe irritability as the day wears on. Could you reschedule workflows to allow creative or demanding projects to be done in the morning, with more mundane tasks left for the afternoons? Staggered breaks, flexible lunch hours and even more general flexible working may be options too.

You’ll have a holiday policy and annual leave requests should be processed in line with that. But you may find scope to prioritise Ramadan (and Eid) related requests given that Christian festivals are often marked with bank holidays.

While it’s possible productivity will temporarily fall with any measures you permit, the long-term value of treating people well cannot be overstated.

And it is not all on you. A bit of consideration from your wider team would not be amiss: not talking gratuitously about food for example.

One final thought. Be mindful that some who would normally observe Ramadan may not this year for deeply personal reasons, such as medication or their menstrual cycle. Manage conversations tactfully. 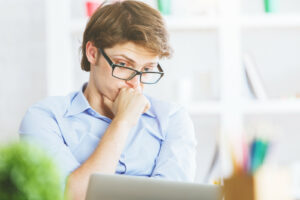 Do you know what your
employees say about you online?

You can find a review for anything online nowadays. Movies, cars and you, yes you! As an employer.

Websites like Glassdoor.com allow current and former employees to post reviews and other telling information about their employment for all to see.

This is great if you have a raft of gushing reviews. But what if the reviews are not glowing?

It’s good practice to respond to negative reviews, rather than leaving a vacuum. So assign someone to do this. Consider who your response is addressing – it will probably be current and future employees rather than the person who posted the review.

If you really have got a culture problem, the feedback may be useful in helping you address it. If this is the case, you can say so in your response. Just remember, such reviews are a “thing” now – so they should be considered in your recruitment strategy.

Sorry, I’m out of the office 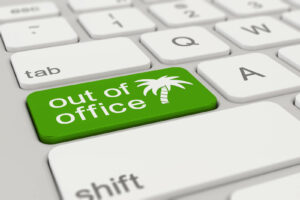 They’re a staple of modern business, but how do you like your out-of-office email messages? Strictly functional? Preaching about switching off? Or with lashings of humour?

One thing we can all agree on is that they should be accurate. This means ensuring the dates are correct, and that a colleague’s contact details actually work.

Sacha Romanovic, CEO of Grant Thornton, recently left an unusually detailed out-of-office message describing her holiday plans. The intention was to signal to staff that it’s ok to switch off. Meanwhile, one financial services industry worker is in competition with a colleague to write the most humorous messages, including one to the lyrics of Rick Astley’s 80s classic Never gonna give you up.

Whatever your team’s out-of-office messages say, they will leave an impression with recipients – it’s worth checking it’s the right impression. Ensuring they distinguish their message between internal and external senders may help strike the right balance. 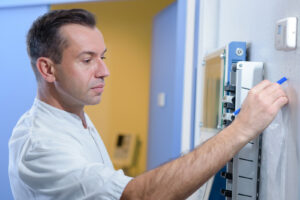 Traditionally, only hourly paid staff clock in and out to ensure they are at work for their required hours and paid correctly. Some firms who charge on site engineers out to the customer have also completed time sheets. Going forwards, you may be forced to log absolutely everybody’s working hours to ensure employees don’t work too many hours.

This comes after a ruling from the European Court of Justice (ECJ). A Spanish trade union had taken Deutsche Bank to court. They argued that the Working Time Directive meant Deutsche Bank should be recording working hours to demonstrate that staff did not work more time than the weekly limits prescribed in the directive.

The ECJ agreed and said that in the absence of such records it was too difficult, if not impossible, for workers to ensure their rights were respected. This interpretation puts an obligation on member states, which at present includes the UK, to enact a requirement to record all actual hours worked in national law. We’ll keep you updated on any law changes that ensue.

Moving forward by giving back 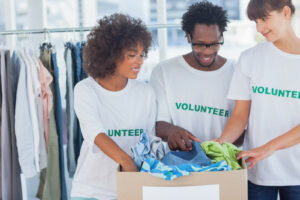 It’s no secret that a bit of charitable activity can be good for business: the chance for some positive PR, and a teambuilding opportunity as your staff rally behind a good cause. There are pitfalls too, but none which you can’t sidestep with good people management.

Strong internal comms are key: in person, digitally or even a notice board. Make them two-way and get buy-in from your staff by letting them help pick the charity and methods of fundraising. Clarify that all donations are voluntary (you never know who may be struggling financially), and keep tabs on the choice of fundraising activity to ensure it doesn’t impair operations or cause offence.

The minimum wage rates changed at the beginning of April. Find what you need to know below: