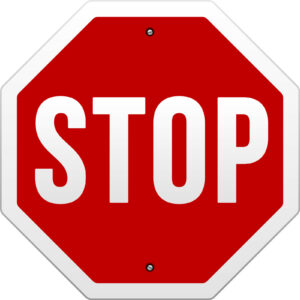 In 2011, the default retirement age was abolished, meaning that companies could not automatically retire workers on age grounds at 65. Some people will welcome the opportunity to retire, but nowadays many workers will need or want to continue working.

Physical and mental health is strongly correlated to age, so this poses a problem for organisations. With no default retirement age, how do you monitor whether people have the physical ability or mental faculty to carry out their work?

This is especially risky when the job in question involves driving.

When a 77-year-old bus driver drove into the side of a supermarket in 2015, it resulted in the death of a pedestrian and a seven-year-old boy. The driver was diagnosed with dementia after the collision, and was found medically unfit to stand trial.

He had been previously warned about his “erratic” driving following four road accidents in the three years leading up to the 2015 collision. The bus company who hired the man pleaded guilty to health and safety law breaches.

The Driver and Vehicle Licensing Agency says there is no evidence to suggest that older drivers are more likely to cause a serious accident than anyone else, and statistics actually show that the opposite is true.

Employers have a responsibility to look into cases where an employee has a health condition that could be affecting their ability to drive safely.

This is especially important when it comes to older drivers, since age is associated with a higher risk of certain diseases and health conditions. While motorists over the age of 70 are required to answer written questions about medical conditions and eyesight every three years, they are not required to submit any proof.

Relying on self-reporting in this way can be risky – and sometimes devastating. As was the case with the 77-year-old bus driver, where he, his employer and doctor were all unaware of his health condition leading up to the collision.

If management failures are identified as a significant factor contributing to a fatal accident, companies can be at risk of being prosecuted under the Corporate Manslaughter and Corporate Homicide Act 2007.

This is why employers must take responsibility to ensure they are aware of a driver’s health conditions and properly manage them, irrespective of age. Health and safety law applies to work activities on the road in the same way as it does to all work activities in the office. And employers must manage the risks associated with drivers as part of their health and safety arrangements. 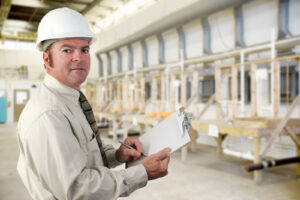 It’s one thing to understand the health and safety risks within your workplace, and another to come up with the appropriate solutions for managing them.

Many employers welcome robotics in the workplace. They can improve efficiency and quality whilst lowering costs. But as sometimes complex and powerful pieces of machinery they may pose a risk to human workers. What to do?

What NOT to do is cage your workers for their own protection. Amusingly, the online retail giant Amazon appeared to be mooting this. In 2016 they filed a patent depicting an enclosed cage that was intended to carry employees around its warehouses to protect them from robots whizzing around.

The company described it as a “system and method for transporting personnel within an active workplace”. It must be stressed that this solution was never greenlighted by Amazon. When the patent came to public attention, a spokesperson said it had been a bad idea.

In case you were wondering, there are tight health and safety restrictions around using cages in the workplace. But what this example shows us is the broad consideration that needs to go into complex health and safety solutions. Of course, the solutions need to be fit for purpose. But you need to understand how it will impact your team, your operations, and, yes, sometimes your public image.

If you need help making sure your ideas are H&S approved, and also won’t lead to a PR disaster, give the experts at The H&S Dept a call.

Whistle-blowing can uncover serious malpractice, and it’s important employees feel safe and confident in their ability to do so. There are laws to protect whistle-blowers, but these are not always adhered to.

A national newspaper recently reported that whistle-blowers were sacked, threatened with violence and blocked from taking other jobs after attempting to shed light on life-threatening health and safety malpractice in the construction industry.

Three whistle-blowers from separate insulation companies said they’d witnessed attempts to cut costs by deliberately and consistently manufacturing products that fell below certified safety standards. This included one man who reported his employer manufacturing cheap insulation – not related to Grenfell – that would “go up like petrol and explode and burst into flames” when a match was put close to it. The man was fired, and found it impossible to get another job in the same industry. 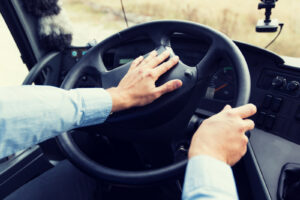 In this feature, we look at some unpopular organisational policies that have been wrongly attributed to health and safety. They often give H&S a bad name, and the Health and Safety Executive loves to challenge them.

There are, for obvious reasons, some restrictions when it comes to hiring bus drivers. They need to have good vision, for one thing, and they should be pretty adept drivers, to say the least.

But they certainly don’t need to weigh in at under 18 stone, contrary to what one job advert stated. A bus company is alleged to have stipulated in a job ad that, due to new health and safety rules, all new bus driver recruits must be under 18 stone in weight. There are no rules, however, that place any weight limits on people driving buses.

Fold-up bikes are loved by many commuters for being easy to take on and off public transport, and folding away nice and neatly into offices and homes. But one fold-up bike owner was told they couldn’t bring their compact commuter companion into the supermarket. Needless to say, the would-be customer was confused, especially since pushchairs and suitcases are allowed in supermarkets.

Whether this was a company-wide policy or one person’s agenda against fold-up bikes is unclear, but it certainly isn’t a health and safety issue. Thankfully, the supermarket in question later retracted their ban. Fold-up bikes are small, compact and lightweight – they’re built to not cause any restrictions, and it would be very difficult to make one a fire hazard.

If you are ever unsure about where health and safety begins and ends in your business, be sure to speak to one of the experts at The H&S Dept. 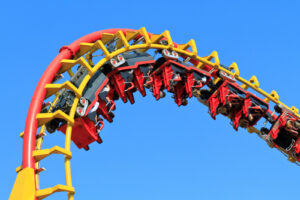 It should never be forgotten that the purpose of health and safety law is to protect people from harm. Minor or serious injury, long-term health conditions and death can all be consequences of health and safety failings. Very recently, we have seen a number of fatal incidents involving food labelling. But one of the most high-profile examples of harm in the UK in recent years was the Alton Towers rollercoaster crash.

In 2015 a string of oversights led to a crash on Alton Tower’s Smiler rollercoaster. It left 16 people hurt, five of whom suffered life-changing injuries. Two teenage girls required leg amputations.

The accident occurred when two trains stalled on different sections of the ride. Engineers assumed the computer wasn’t working, and they overrode the stop, sending another train out, which crashed into an empty carriage.

As well as the terrible injuries, the financial implications for the business have been huge. Following an investigation, the Health and Safety Executive secured a £5m fine against the owners of Alton Towers for “catastrophic failure to assess risk”. This was reduced from the £7.5m it would have been if the case had gone to court. However, the owners pleaded guilty. There will also likely be multi-million pound compensation pay-outs.

And of course, this was a major PR disaster for Alton Towers, as visitor numbers to the park plunged in the aftermath.

This case shows just how seriously catastrophic injury at work and in public is taken, particularly when it’s the fault of an employer. It should serve as a reminder to business owners how carefully we should all be when the public puts their wellbeing and safety in our hands.