Working time and pay. Are you doing it right? 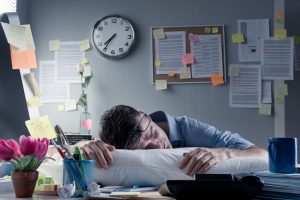 Working time and pay – get it wrong and you’re putting yourself in a vulnerable position.

Some small businesses are, unbeknownst to them, breaking the rules. This is often due to bad record keeping or a lack of awareness of the legislation and case law.

Larger companies aren’t immune and sometimes fall foul of the rules too – think Sports Direct failing to pay staff for the time they spent going through security every day. We’ve got a lot of content on our website about working time, and it’s worth a look if you’re concerned about whether you’re doing things properly.

It’s important that you know that employers can face criminal sanctions for getting it wrong, as working time is covered by the Health and Safety at Work Act.

The other big risk is falling short of paying the national minimum wage because you are wrongly calculating the hours that someone is working for you.

If you are confused by working time and pay, you are not alone. It’s a subject of much debate and many Employment Appeals Tribunal (EAT) cases.

Sleep-in at work arrangements and pay

The most recent grey area case asked whether workers were entitled to the national minimal wage when on-call or sleeping at work. It’s relevant for long-haul HGV drivers, nurses and care staff, and security personnel to name a few – and it could be relevant to you and your business.

Sleep-in at work arrangements generally fall within one of the following categories:

To establish whether workers have been paid the National Minimum or Living Wage, employers will need to calculate their average hourly rate. This is done by dividing the worker’s total remuneration by the total number of hours they worked during a pay reference period. However, calculating the number of hours worked and the worker’s total remuneration can be complicated, especially where workers are permitted to sleep on the job.

“Sleeping on the job” court case

Recently, the issue of sleeping on the job was considered in court. One case posed the question, “whether employees who sleep-in, in order to carry out duties if required engage in “time-work” for the full duration of the night shift, or whether they are only entitled to the national minimum wage when they are awake and carrying out relevant duties”.

The result? The EAT concluded that no single factor should be used to determine the outcome of this case. Rather other factors and circumstances should be considered.

So, what does this mean for small businesses? Put simply, it depends! Each case will be different depending on things like why the employee is required to be there, their degree of responsibility, immediacy of which they’d need to make themselves available in an emergency, etc.

One thing is for sure though – this is a complicated area of employment law that you do not want to get wrong. If you’re not an expert, we’d urge you to seek advice. Your business may depend on it.