Greatest extension of workers’ rights or a great big headache for SMEs? 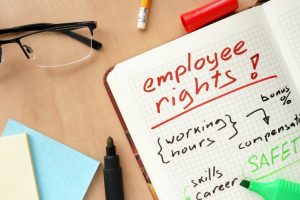 With Theresa May’s announcement today being heralded as the greatest expansion of workers’ rights, does this mean it is unfriendly to SME businesses?

We don’t think so. The one thing businesses do not like is uncertainty. And at least we now know that the current EU-based employment laws are here to stay. Although we are sure that many will be disappointed that the Working Time Regulations are not to be simplified.

We are also delighted that the so-called ‘gig economy’ is being tackled. Recent tribunal cases have shown companies like Uber that forcing people into self-employment and denying them basic rights is bad for business. The proposed changes mean they would now get maternity, paternity and holiday pay.

There is also certainty in the decision that the National Living Wage will increase in line with average earnings until 2022, rather than shock budget announcements annually. This is very welcome for SMEs.

There are some interesting and caring policies which will be subject to consultation before they become law. These demonstrate the depth of our social care crisis and the need to find solutions that are more than just throwing money at it.

Six million employees are currently trying to manage work and care. The proposed unpaid sabbatical is based on a system from Ireland where employees take two to three years off to care for severely ill dependants – this will be welcomed by some.

Initially, it does seem that this will be hard for small businesses to manage. But the fact that it is unpaid should mean take-up is relatively low. The consultation needs to explore how much notice is required before the leave is taken. This is to give the business time to recruit and consider what happens to that replacement if the employee on sabbatical wishes to return to work sooner than initially agreed.

Extension of the Equality Act

Another interesting Conservative proposal announced today is the extension of the Equality Act. This will give protection to people with short-term fluctuating or intermittent mental health issues. Currently, the discrimination protection only applies to those with long-term issues that affect their ability to perform day-to-day tasks. But with one in four people in the workplace now suffering from mental health issues, this does seem a supportive plan.

With more than 6,000 customers across the UK and Ireland, we are unaware of any company that is not entirely supportive to staff who have had the misfortune of losing a child. It is nice to see that statutory leave for parents whose child has died is included. But, if anything, it is less than most companies give, including staged return to work.

Another statutory change will be the right for staff to take unpaid leave for training. This one will need to be very clearly defined. We cannot imagine too many employers will welcome this unless the training was a benefit for their business.

We do hope that the proposed reforms which would award new powers to The Pensions Regulator make the wicked actions that deprived long serving staff of their pensions, as happened recently at BHS, a criminal act.

So, overall, what is our initial reaction to these policy proposals from the Conservatives today? We believe they are fair.

However, we do hope the changes to the ‘gig economy’ go one step further. We want to see the government get rid of the ‘worker’ status altogether (as we proposed to the last government) and simply have employed status – be they full-time, part-time, fixed-term or casual. This will be easier for everyone to manage. And if it is easier, we have more time to grow our businesses.

The HR Dept will keep you up to date with any employment law changes as they happen, post the election on June 8th.