What progress have we seen since the last International Women’s Day? 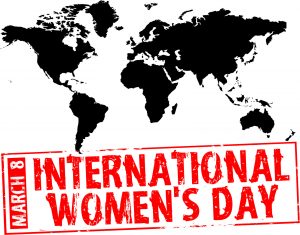 Every time we celebrate International Women’s Day, we get a chance to reflect on a year of progress and change for women around the world.

At home and abroad, women are taking steps that realign cultural norms and smash gender boundaries. These leaps forward have a real impact on the social, economic, cultural and political achievement of all women – so we think they should be celebrated!

In the last year, there have been triumphs for women in the workplace, but also notable reminders of the progress that still needs to be made.

A key issue is pay equality. 47 years after the Equal Pay Act was introduced, women overall are still paid less than men. The government has introduced legislation to tackle this i.e. Shared Parental Leave to get women back onto their career path more quickly after childbirth. This Gap is narrowing, but it needs to do so much faster!

What else has been going on?

Let’s start with the top job. Hilary Clinton was the first woman to win a major American party’s presidential nomination. An achievement in itself and one that gave her the potential to become the first female President of the United States.

Despite losing the Electoral College, she led the popular vote – showing the extent of the support she garnered. That said, in her own words, she still “had not shattered that highest and hardest glass ceiling”.

Other shocking elements of the presidential election campaign highlighted the serious issues that women still endure, and the unpleasant attitudes that need to be confined to the history books.

Diversity at the top of companies is improving. By 2020, 33% of boardroom positions are to be held by women in the UK. But what about diversity in certain roles? The first all-female flight crew made its trip from Brunei to Jeddah, smashing barriers for women in an industry within which only 3% of pilots are female.

The UN ran a #HeforShe movement, led by actress Emma Watson. It was an attempt to engage men to speak out for the injustices faced by women, alongside promoting gender equality.

So after some notable breakthroughs made by women over the last year, today is a day to celebrate these achievements. It should also be a day to reflect on what more needs to be done to promote gender equality across the globe.

Despite all the achievements that have been made over the past year there are still some top jobs in the UK which have not been filled by a woman:

Hopefully by the next International Women’s Day this could all change!

If you want to ensure you are following best practises for gender equality within your organisation, call The HR Dept.