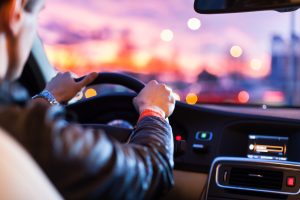 The long running case of two self-employed drivers challenging Uber on their employment status moves to the Court of Appeal this week and has the hallmarks of a ‘David and Goliath’ case. However, the outcome of this case has far wider implications and is likely to impact many different types of businesses, small and large, engaging self-employed contractors or consultants, who may be oblivious to their own business risk.

The Uber drivers are challenging their self-employed status, claiming that they are in fact ‘workers’ (different to employee) meaning they are entitled to national minimum wage, holiday pay and other statutory benefits.

Defining employment status is complex and not helped by having differences in tax and employment terminology. Tax has a binary system of somebody being either ‘employed’ or ‘self-employed’; employment law has the additional status of ‘worker’ that the Uber drivers are claiming; this is best described as a ‘halfway house’ between being self-employed and employed.
Employees are workers but not all workers are employees. Confused? So are many business owners, self-employed individuals and their business advisors, such as accountants and bank managers who can be oblivious of ‘worker’ status and the potential risks.

In other cases, individuals may be ‘forced’ into self-employment. This can be the case where in an attempt to cut costs and avoid paying minimum wages or statutory benefits such as holidays, business owners may be ‘forcing’ more vulnerable individuals into self-employment, who don’t really have a say and in reality, they are not running their own business.
All of this is further complicated by the fact that there’s no legislation in place to define what a ‘worker’ is and the rules are based on case law.

The government has just concluded its consultation on ‘Employment Status’ which may go some way in time to provide better definition and clarification; however, in the meantime the Uber case is taking place and the burning question is whether the drivers will again be found to be workers or whether Uber will be successful in its claim that the individuals are truly self-employed.
The HR Dept has been involved in providing evidence to the government consultation and believes that the issue of determining employment status needs to be addressed as a matter of urgency.

The implications for SMEs are huge, especially with tens of thousands of businesses unaware of the risks they may face.

The Uber case highlights the complexity of employment status, not only with the relatively unknown status of ‘worker’ but also in a changing work environment and growth of the gig economy, where what might be considered as one person’s ‘choice’ could be somebody else’s ‘exploitation’.

We need to have some joined up thinking on the issue of employment status, where businesses and professional advisors are aware of and using the same terminology and employment and tax rules are aligned. At the HR Dept we have been campaigning for ‘worker’ status to be scrapped, for individuals to be classed as either employed or self-employed with greater ‘choice’ for those who genuinely choose to be self-employed, accepting the consequences of what that entails and to stop the exploitation of those forced into self-employment, as a means to avoid national minimum wages and statutory payments, where they have no real choice.

We’ll be keeping an eye on proceedings at the Court of Appeal this week with great interest.