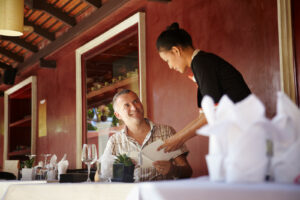 A call to ban trial by unpaid labour

Trials by water or fire were outlawed centuries ago, but there is one type of potentially unfair trial that is currently not illegal – and what’s more, it is on the rise. We are talking about unpaid trial work shifts. These see job candidates come in and work for free for a period to demonstrate they have the right skillset to do the job.

Used fairly and as part of a recruitment process; short, relevant unpaid trials can be effective. They can even work as a two-way process, with the applicant seeing if they like the work and the employer seeing if they are suited to it. However, where businesses insist on full day unpaid trials, a sensible approach to recruitment degenerates into exploitation and free labour. It is a particular problem among organisations in the hospitality sector such as bars and cafes, and it is a growing trend.

Real examples of bad practice in this area include forcing new employees to undertake 40 hours of unpaid training or using unpaid trial staff to cover holiday or sickness absences of regular staff. There is a clear unfairness in such practices, and in the case of absence cover, the business is actually commercially gaining from it at the candidate’s expense. In light of this, a group of MPs have supported a private member’s bill that prohibits such unpaid trial shifts.

The bill would require employers to pay at least the National Minimum Wage and to structure the trial so that a job description is provided as well as a list of the qualities they are looking for. Key information, like how many roles are available and feedback to unsuccessful applicants, would also have to be given. Unfortunately this bill has now been dropped, but no doubt will be raised again.

Time will tell whether the bill becomes law, but much of what is included in it is what we would describe as part of a fair approach to recruitment. For advice in structuring your recruitment processes fairly and effectively to help your business fly, speak to The HR Dept. 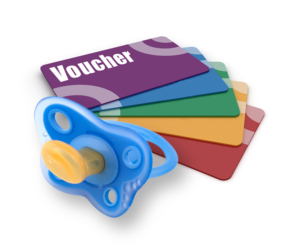 For many businesses, childcare vouchers have been an important employee benefit. If you offer them, you will probably be aware that the scheme was due to be closed to new applicants this April.

However, following a parliamentary intervention by Labour and then a DUP MP, the government has reluctantly extended childcare voucher registration until October.

A replacement tax-free childcare scheme has been running in parallel since April 2017. It works differently – some parents would be better off under the new scheme whilst others gain more from childcare vouchers.

The danger of wearing high heels at work

Having high standards is one thing, expecting your employees to totter around in high heels is something entirely different. It’s an issue that hit the headlines last year when a receptionist was sent home from work for not wearing heels.

After challenging the decision, an inquiry threw the spotlight on the unfair demands placed on some women at work. Although there is protection against sex discrimination, no men we know have been asked to wear heels, many still feel pressure to look a certain way – with 76% unsure what’s appropriate.

But it’s not just about looks. Asking your employees to wear heels may have serious health implications. It alters the centre of gravity, putting pressure on the spine, heart and lungs – probably not something you want to be responsible for! For advice on dress codes, talk to The HR Dept. 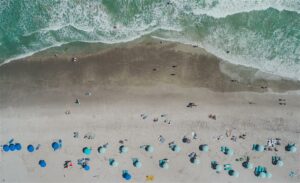 In an important decision in the Employment Appeal Tribunal (Brazel v The Harpur Trust), a judge has clarified how a part-time teacher’s holiday pay should be calculated.

Mrs Brazel, a part-time music teacher, worked at a school in term time on a zero-hour contract, and her hours fluctuated weekly. She had a contractual right to 5.6 weeks’ paid holiday, mirroring her statutory right.

The school calculated her holiday pay using the Acas guidance for casual workers. This is pro rata to the proportion of the year worked. For her, the calculation was:

However, on a working ‘year’ of 32-35 weeks, this approach disadvantaged her. She had less holiday pay than she would have been entitled to if the school had calculated her holiday pay in line with the Working Time Regulation. This looks at the normal rate of pay averaged over the 12 weeks prior to holiday being taken. In this instance, the school were required to take a 12 week average of pay from weeks actually worked, ignoring out-of-term weeks.

The appropriate calculation is therefore:

This case highlights how holiday pay for these types of workers should be calculated. Use a percentage of the average hours they have worked in the preceding 12 weeks immediately before the payment is made. 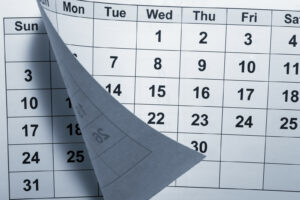 We all like to be organised, but one company, a childcare centre in Japan, could be accused of taking it a bit far.

Their director worked out a schedule showing when female workers could marry and when they might have children, depending on their seniority in the company. But it seems one employee forgot to check the schedule before finding herself with child!

The worker who got pregnant “before her turn” was reprimanded by the director and labelled “selfish”. Her stunned husband wrote to one of Japan’s leading newspapers highlighting their plight, and was met with overwhelming support.

Although this is an extreme that would never happen in this country, illegal maternity discrimination is still all too common. If you need advice on how best to support your pregnant employees, that’s where The HR Dept can help.

Following last summer’s Supreme Court ruling to abolish tribunal fees, the number of employment court cases has virtually doubled. The work load for Acas advisors has increased so much that their union said they had “major concerns” about issues facing Acas, claiming the service was “severely under-resourced” with the increase in calls and talks are being held to avoid strike action.

Now that there’s no financial barrier to being taken to court, it makes the complexities of employment law a heightened business risk, particularly for SMEs where one successful claim could bankrupt you.

The HR Dept offer an insured advice line which gives you unlimited telephone and email access to an HR expert. You’ll also be fully insured against tribunal claims as long as you follow our advice. Call us to find out more.

Where should employers start when navigating the recent COVID restrictions?