More support for victims of abuse 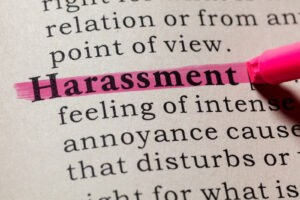 It is thought that two million adults suffer domestic abuse each year. This can take the form of emotional, financial or economic abuse. On average, it leads to two women dying every week and one man every month. Many people suffer in silence, so it is good to be aware how prevalent this issue is, as it is statistically probable that some of your employees will be victims.

Before she left her role as prime minister, Theresa May moved it up the agenda in parliament. The Domestic Abuse Bill has been introduced. It gives domestic abuse an official definition for the first time and puts a more substantial support framework in place. This is sure to raise awareness. So what can you as an employer do to support employees who may be affected?

Employers have a general duty of care towards their staff. And as part of this you need to provide a safe and effective work environment. If you find that one of your employees is, or has, suffered from domestic abuse, The Prince’s Responsible Business Network, a charity, has produced a helpful resource. It is called the Domestic Abuse Toolkit and you can download it directly from their website.

Of course abuse is not just confined to the home. Bullying and sexual harassment remain entrenched in the workplace. Separate to the Domestic Abuse Bill, the government is planning to legislate to dismantle one of the main ways in which companies sweep abuse under the carpet: excessive use of non-disclosure agreements, or Settlement Agreements as they are usually called in an employment situation, and rightly so.

Settlement Agreements do however serve a useful and legitimate function. When used properly they allow the victim to move forward with their life, so we do not agree with a widespread ban on these. They have to have received advice from a solicitor before signing, who would always recommend reporting serious crimes. Sometimes governments can be guilty of throwing the baby out with the bath water. Boards of Directors though should seriously investigate the conduct that has resulted in a Settlement Agreement and take the appropriate disciplinary action against the perpetrator. If you need help with a sensitive issue like this do ring us for advice. 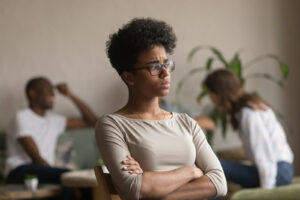 Don’t think that a case of discrimination will be treated leniently at tribunal because it is isolated. Awards which apply to compensation for injury to feelings, fall into one of three tiers, known as “vento” bands to decide the level of damages.

Typically, a one-off claim for injury to feelings will sit in the lower band. But actually, the judgement will always be fact specific, with an emphasis on the impact of the discrimination. This means that any of the vento bands can apply. What follows is a cautionary tale.

A children’s clothing company recently had the book thrown at them for a string of wrongdoings that followed from an isolated discrimination claim. A photographer was made redundant after just three months. When she cried foul and suggested race discrimination, the company ignored her grievance and refused to engage in the Acas early conciliation process, thereby aggravating the first error.

The eventual employment tribunal and appeal found against the company. They were ordered to pay damages of about £30,000. It is pertinent to note that the injury to feeling aspect of the award sat in the middle Vento band. 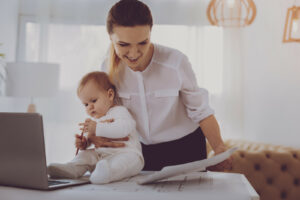 The Government gave its’ response to a consultation on 22 July which proposes to give mothers returning from maternity leave an additional six months of protection against redundancy. The rules will also protect those returning from adoption leave and shared parental leave.

New mothers already have special protection from redundancy whilst on maternity leave. Regulation 10 of the Maternity and Parental Leave etc. Regulations 1999 says that such an employee, when faced with redundancy, should be given priority over other employees and offered another suitable vacancy if possible.

If a suitable job isn’t available, only then can they be made redundant. But the proper redundancy procedures must be followed, and pregnancy or maternity cannot be the reason for redundancy.
Now it is proposed that this redundancy protection will last from the moment an employee tells their company they are pregnant, until six months after they have returned to work.

This enhanced protection following the government consultation, is part of their Good Work Plan. It goes further than what the EU requires. The Government feels it needs to do more because, despite existing regulations making it illegal to discriminate due to pregnancy or maternity, discrimination still occurs, and far too often.

In fact, research indicates that 54,000 women a year feel they have to leave employment because of pregnancy or maternity discrimination.

There are stiff financial penalties for companies found guilty of such discrimination. And let’s not forget the poor publicity and the potential for a toxic workplace culture to develop. For help and guidance on how to manage employees on maternity leave, please contact us. 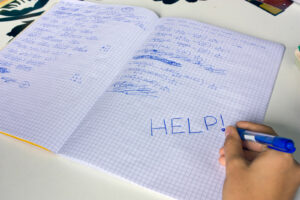 It’s fair to say that mental health awareness has never been higher. But as awareness has risen, it only highlights how much needs to be done.

A key battleground is in schools. World Health Organisation figures show that half of all mental illness begins by the age of 14. And, of course, teachers and other staff feel a lot of pressure themselves which can lead to mental health struggles.

Because teachers spend so much time observing children, they are well placed to notice the warning signs of a mental health issue. Properly trained they can also be an important first point of contact, and positioned to signpost support. So upskilling teachers in mental health awareness provides a valuable resource to the school.

We offer eLearning training on mental health awareness tailored specifically for educational professionals. So if of interest, please enquire to find out more.

Inside the mind of an introvert 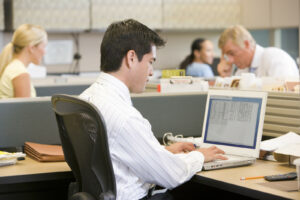 Did you know that up to 50% of the population are introverts? Maybe that’s not so surprising seeing that the main alternative is to be an extrovert. Both behavioural types have strengths and weaknesses. But what is interesting is that most companies are set up to suit extroverts. Think open plan offices, social events and generally the loudest voices being heard first.

This won’t be a deal breaker for most introverts. But it does mean that conditions are not optimised for their performance. And they have a lot to offer. Restoring balance could help drive your business forward.

We’re not talking about difficult actions. Giving introverts a safe platform to speak in meetings, creating quieter working zones, and not putting pressure on people to attend every social event are all achievable. A great place to start is with some Myers-Briggs training to help identify your team’s personality traits and how they work best.

Sleeping on the job 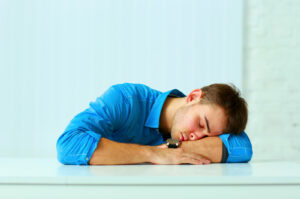 Can you believe an employment tribunal judge fell asleep twice during a hearing? After we’d finished raising our eyebrows, we found that it’s not as uncommon as you might think! We’re not just talking about dozy judges. Apparently 12% of office workers have confessed to falling asleep in a meeting.

We’ll hope this phenomenon does not spread to air traffic controllers. But in the meantime what should you do if you catch someone, well, catching 40 winks? It may be gross misconduct if, say, they were hungover. But don’t jump to conclusions. Check there’s not an underlying medical condition or other mitigating factor before deciding on your course of action.

Am I responsible for health and safety when my staff are working from home?

Coronavirus: essential to be prepared