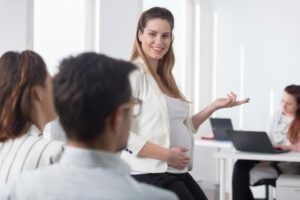 Following government research suggesting that one in every nine women returning to work after giving birth is made redundant, fired or forced out, more robust protections are at last being sought.

Pregnancy and maternity are already characteristics protected against discrimination under the 2010 Equality Act. And there is a host of maternity rights that are available to pregnant employees and new mothers, with statutory maternity leave and pay being two of the main ones. There is also some protection against redundancy.

If redundancy is considered necessary within an organisation while an employee is on maternity leave, she must be offered an alternative role if one is available ahead of any other member of staff in the selection pool. If no such role is open, then she can be made redundant. But only if some strict criteria is met.

These are that it is a genuine redundancy with proper consultation process followed, and that pregnancy or maternity is not the reason.

The government research, alongside other studies and plenty of anecdotal evidence, suggests that the current rules do not offer pregnant women sufficient protection.

So the government has proposed increasing the period of legal protection against redundancy for pregnant women and (no change for them) new mothers to six months after their return to work. Others associated with the arrival of a child, including men  and women returning from shared parental or adoption leave, could also be protected.

The proposals were announced in January and a 10-week consultation has been launched, so we’ll keep you posted on developments.

Despite the current legal protections, it’s clear that too often women who go through pregnancy are being discriminated against. As we’ve explained, it may be possible to make a pregnant employee, or one that is on maternity leave, redundant. But there is a low threshold for establishing discrimination.

If discrimination occurs, the employee can take an employer to tribunal. And so they should.

For advice on successfully managing employees whilst pregnant or on maternity leave, get in touch with your local HR Dept.

Now you can check
their right to work online 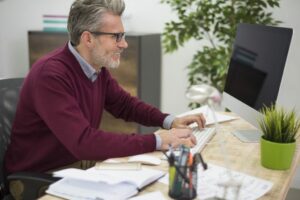 It’s a legal requirement to check and record that your prospective hires have a right to work in the UK. Failure to do so can result in fines for you of up to £20,000 per illegal employee.

Until now this has been done by checking paper documentation from the employee, such as a passport or relevant visas. Last April the government launched a secure online checking service which was free to use. However, paper checks still had to be conducted alongside this. Now the online check is sufficient on its own to demonstrate compliance with this rule.

It is not the end of paper checks altogether though, as sign-up to the online service is voluntary for individuals and employers. In other words, if both parties are happy to go online then that method can be used. But if not, you’ll still need to do it the old-fashioned way. 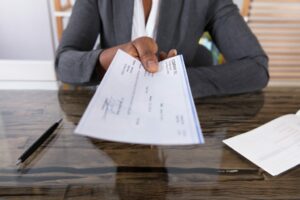 If you employ staff and pay them a variable amount based on the time they work, the way you prepare their payslip is changing in April this year.

To aid transparency for you and them, you will be required to itemise the number of hours worked.

If, on top of variable hours they also have variable rates of pay, for say different tasks or working bank holidays, there is no extra requirement to itemise the hours and rates separately – an aggregate sum for total hours is sufficient. But you may wish to include this further itemisation for even greater transparency.

April is not far away, so if this will affect you ensure your payroll systems are up-to-date to accommodate the new requirements beforehand. And once April comes around, don’t forget to itemise accordingly. 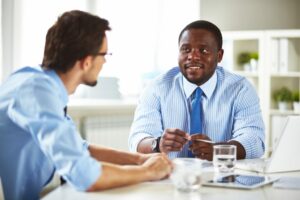 In January, we moved a step closer towards the appointment of trained mental health first aiders in workplaces. This followed a debate in parliament which recommended a change in the law.

All employers have a duty of care towards their staff under the 1974 Health and Safety Act. In larger organisations this includes an obligation to have an appropriate number of trained medical first aiders.

But times have changed, and mental ill health is far better understood nowadays than it was in 1974. A number of statistics were put forward during the debate to suggest the scale and impact of the problem.

That five million people in work could be experiencing an issue like depression, stress-related illness or anxiety. That 300,000 people annually leave their jobs because of long-term mental health problems. And that people affected by a mental health condition who remain in work for longer than they should, costs the economy £15 billion per year.

Instead they would operate as an early warning system. They’d help identify mental health issues and support workers in getting them addressed by professionals before they worsen. Avoiding more serious problems for the individual and the company would be a welcome outcome all round.

Do you have staff who are experiencing mental health difficulties? If you want to explore ways of helping them before these changes come in, call us.

The spy who hired me?

From time-cards to internet monitoring, the idea of companies keeping some sort of tabs on employee activity is nothing new.

But with technology affording ever more opportunity to collect, store and analyse data, how much monitoring is too much?

Sky News staff were reportedly shocked to hear that cameras and microphones were being installed in their newsroom to livestream and broadcast activity for a day. Separately, it was reported that Amazon has patented goggles with direction and movement sensors which raised concerns about surveillance.

The key principles underpinning employee monitoring are that it must be justifiable and that you have a written policy. You should inform employees beforehand of what you record and why, and how long it will be kept. It is not acceptable to collect information for one reason and then use it for another. As with all data it must be stored securely. 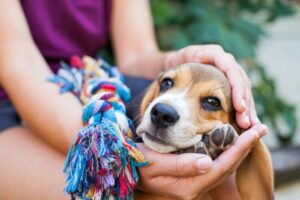 As many pregnant women and new mothers struggle with discrimination over new arrivals in their families, employees at some companies enjoy the flip side of this coin. Yes, not only are maternity rights respected, but they also give their staff paid time off if they get a puppy or have some other major pet-based event in their life.

What else could this be dubbed other than pawternity leave? While such policies will be dismissed as “fluffy” by some, they are implemented quite deliberately to give the company an edge in the recruitment market and, from there, commercial advantage.