A spotlight on race discrimination 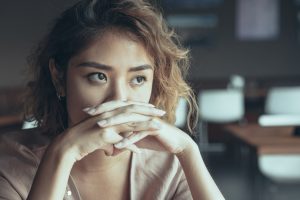 The emergence of coronavirus has caused much suffering. Beyond the dreadful levels of illness and fatalities, secondary impacts are being felt. It’s hurting trade, tourism and society. The newspapers are awash with stories of UK-based Chinese people (or people who simply look Chinese) being abused, shunned and ridiculed.

You are probably already aware that race is one of nine characteristics protected by the Equality Act 2010. And if race discrimination is found to have occurred, the penalties can be severe. According to the latest employment tribunal annual report (2018/19) the maximum award for race discrimination in the previous year was £33,660 and the average award was £12,487.

So it would be wise to remind your team of expected behavioural standards and document yourself doing so.

But problems with racial discrimination and diversity are not just a symptom of coronavirus. They are an entrenched problem in British business. The Parker Review Report (commissioned to consult on the ethnic diversity of company boards) recently found that 150 of the FTSE 350 companies (top 350 companies listed on the London Stock Exchange) have zero directors of colour.

Another example of this entrenchment comes from the world of entertainment. This year at awards ceremonies, diversity was not a winner. Not a single person of colour, and no women, were nominated in the Best Director category at the Baftas for instance.

There’s anecdotal evidence aplenty too. Talking to the BBC in 2020, lawyer and diversity campaigner Funke Abimboal describes the bias she’s experienced during her career due to her African name, gender and skin colour.

The flip side of getting penalised for racial discrimination, is that you can help your business fly by embracing diversity: from avoiding the perils of groupthink to appealing to a broader customer base. If it’s something you would like to address, call The HR Dept.

A not so happy birthday 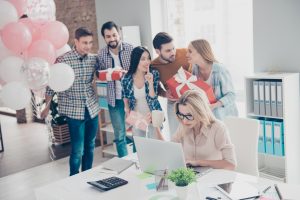 Far from thanking colleagues for taking the time to wish her a happy birthday, one legal secretary threw the book at them, and her employer.

She walked out of the office that very afternoon, wrote a letter of complaint (which claimed she felt ‘ambushed, punched, slapped and humiliated’), resigned a few weeks later and then took the firm to an employment tribunal for age discrimination.

She also argued that she was protected by whistleblowing legislation for exposing breaches in data protection – presumably for revealing her birthday and age to colleagues.

Fear not, if you are a company that likes to promote a friendly workplace culture. The tribunal did not agree with her interpretation of events. They found her sensitivity around her age ‘unusual and extreme’. And that whistleblowing legislation was not relevant as making the disclosures was not in the public interest. 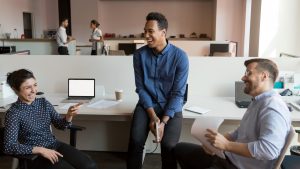 Comments from the head of the Chartered Management Institute on Radio 4’s Today programme sparked debate on what’s acceptable to talk about in the workplace.

There’s a fine line to walk in permitting workplace banter, which can easily spiral into bullying or harassment. But on the radio show, she suggested the line should be drawn the other side of football and cricket chat, describing it as a gateway to more laddish behaviour.

She didn’t think sports talk should be outlawed: just moderated. She said many women in particular feel left out by the topic. This met with much resistance, with high-profile women like an ex-sports minister and BBC journalist poo-pooing the sentiment. It certainly plays to gender stereotypes which is a risky business in itself in the workplace.

So assuming you don’t go as far as to ban sports chat or other topics of casual conversation, it will depend on your culture whether you allow any degree of banter. If banter is appropriate to your business, you should still monitor it and intervene if it gets out of hand.

If someone indicates they are not comfortable with being on the receiving end of banter, that should be respected. Consider it a red flag for the business if any of the characteristics protected by the Equality Act 2010 are touched upon. An element of discrimination would be an aggravating factor should you face an employment tribunal.

It’s essential to have disciplinary and grievance policies. And it would be good practice to have clear and well communicated policies on bullying, harassment, equality, diversity and inclusion. You could also offer training on these, if necessary. For help implementing any of this, get in touch. 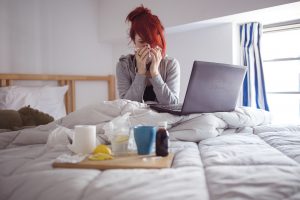 Don’t feel you’re automatically a Scrooge for sacking someone for taking too many sick days – even if they all relate to genuine illness. You have a business to run, and the strain on you or your colleagues, and impact on your customers, from their persistent absence may well be too much.

But to avoid or defend unfair dismissal claims, it’s essential you have a sickness absence policy that gives you the framework to do this. And that you document the proper procedure that you follow. Remember to ensure that your policy makes reasonable adjustments for those with a disability and excludes maternity related absence.

It was recently reported that M&S dismissed an employee for taking too much sickness leave. She’d had a poor run of luck with illness and injury, but even so was in breach of her employer’s policy. She appealed, but the company found that all their procedures had been followed fairly, and upheld the decision – a textbook example of the power of good policies and procedures in a difficult situation. 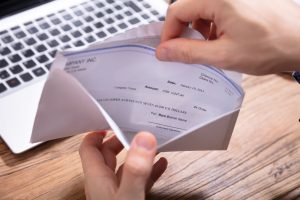 Last year Asda was taken to court by a cohort of workers with an equal pay claim. That case is still rumbling on. Now in a claim with similar hallmarks, hundreds of shop floor employees at the Co-op are claiming they should be paid the same rate as warehouse staff. Currently there is a £1.50 to £3 differential per hour. Backdated pay alone could add up to as much as £10,000 on average per employee.

As with Asda, the case is compounded with a discrimination element: most of the warehouse staff are male, and most of the shop floor staff are female. In due course, the supermarkets will discover their fate. And if judges rule against them it will not be cheap.

To avoid something similar, albeit on a smaller scale, the correct procedure is to conduct job evaluations. We can help with this, so just ask. 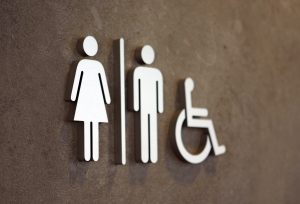 Apparently, £4 billion goes down the toilet every year due to the lost productivity from extended loo breaks in UK workplaces. That’s according to a company which has designed a patented “StandardToilet” as a solution. Its 13-degree slanted seat is enough to make any more than a five-minute toilet trip uncomfortable.

Perhaps it might be effective, but it raises many questions. How would an employee with a disability cope? What if someone is feeling unwell? And why do you have a problem with extended loo breaks in the first place? For instance, if staff are seeking refuge due to stress, it’d be far more proactive to identify that and address it directly.