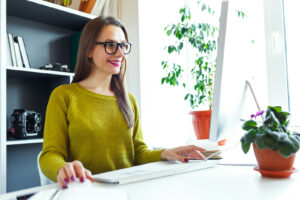 With unemployment at historically low levels, and staff turnover a problem for many businesses, flexible working is one way to differentiate yourself. Or at least keep up with what your competitors may be doing. Indeed, the government are keen to see as many jobs as possible advertised as flexible, and may legislate in this direction.

Currently, the law says that whether you promote flexible working or not, you must deal with a request for flexible working in a reasonable manner. For instance, weighing up the pros and cons, discussing the request with your employee and making an appeal process available.

That said, you’re not obliged to accept a request if it does not work for your business – just act reasonably or you could be penalised by a tribunal.

It’s worth noting that flexible working is a bit of a catch-all term. It could relate to working hours, the location where work is carried out or something else specific to your business. Part-time hours are the most popular form of flexible working, with flexitime, term-time hours and annual-hours contracts also popular.

Flexible working is often seen as an attractive and inclusive perk. So it can boost recruitment, widen your talent pool, and improve retention by promoting staff loyalty and engagement. Research even shows it can make your staff more productive.

If there are no insurmountable obstacles and you are planning to trial flexible working, you’ll naturally be concerned as to whether you’ll be able to manage it effectively. This is why consideration into how it will impact service is important. Likewise, an appraisal of your business culture – Could overtime be abused? Or do managers need retraining to recognise work completed rather than presenteeism?

You might need to review your IT systems to ensure they run smoothly. Embracing cloud software solutions for your staff may be required, and perhaps absence management software, such as that which is built into our own HR Toolkit.

To explore the benefits and feasibility of flexible working at your company, why not talk to your local HR Dept today? 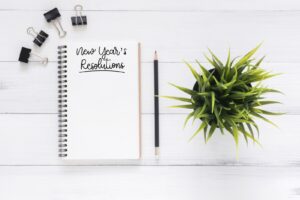 One. Address that underperforming employee. It’s easy to put off, but underperformance is a major drag on business, impacting any or all of service delivery, morale, profits and opportunity-cost.

Two. Look into new learning and development opportunities. Continuous learning is a key to success and helps engage staff. It doesn’t have to be formal training. How about some monthly in-house knowledge-sharing sessions, led by different team members?

Three. Check your contracts and employment statuses. The rise of the gig economy has led to many people being wrongly classified as self-employed. They’re taking their companies to court to claim the employment rights they’ve been denied.

Four. Carry out a risk assessment. Every business is legally required to have done this, but risks change over time. So why not ensure you’re still on top of health and safety in 2019?

Five. Plan a fun activity or team-building day. Now’s a great time to do this and lift the spirits in deepest, darkest January. 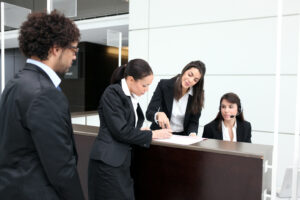 Legally, a written statement of terms and conditions of employment should be provided within two months of work commencing. But for sectors which experience high staff turnover, the recent decision of an employment appeals tribunal (EAT) judge effectively reinterprets this.

The case concerned three hotel workers, employed on short-term contracts who were dismissed for questioning persistent irregularities with their wages, including deductions, shortfalls and late payments.

Two of the workers were employed for more than two months and the third for only six weeks, and none received their terms and conditions. The EAT judge found that, having each worked for more than a month, each were entitled to have received terms. Automatic unfair dismissal was ruled in all three cases.

This sets a precedent and companies should now be looking to provide these terms (properly drafted, not copy/pasted from a template which may be incorrect or irrelevant) within one month, with the second month regarded as a grace period.

UK unemployment
at it’s lowest since 1971 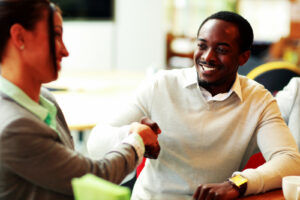 Figures from the Office of National Statistics show that the unemployment rate in the UK is at its lowest since 1971. An estimated 32.48 million people are in work – 396,000 more than in the previous quarter (August to October 2018). This is made somewhat remarkable when the number of jobs that have been lost on the high street in the last 12 months are considered.

Research by the British Retail Consortium shows that 93,000 retail jobs were lost last year as big names such as Toys R Us, Maplin and Poundworld all went under.

And it’s not just retail jobs that have been lost. A leading accountancy firm reports that restaurant insolvencies in the 2017/18 year were up 24% on the previous year to 1,219. Just this month, Jaguar Land Rover announced it was shedding another 4,500 jobs.

So, what does all this mean to you as an employer? Well, on the one hand the talent pool from which you can recruit is potentially smaller than at any point in recent memory. This means it’s important to nail your recruitment processes to ensure you’re as competitive as can be. From writing your job descriptions to interviewing candidates, you need to get it all right. If you think you have an area of weakness here, talk to us.

But, on the other hand, is opportunity knocking? As we witness seismic shifts in the economy brought about by phenomena like the Internet and Brexit, you may be able to use the decline of some sectors to your advantage by offering retraining to experienced professionals who are looking to transfer into new areas of expertise.

The importance of
a good first impression 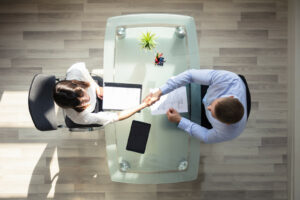 “Fail to prepare, then prepare to fail” is a maxim that’s often given to interviewees. But it can equally apply to the interviewer if you are to make a good impression yourself. To do this, your questions should be considered in advance. There’s an obvious need to avoid subjects that could breach equality law, such as pregnancy. And it’s also wise to steer clear of contentious subjects like politics, or pressing for answers too vehemently.

Think about the time and place of the interview, making sure they are reasonable and set the right tone for your company. Some people like to stage interviews in the informal setting of a café or restaurant. If you opt for this, ensure it’s not a place where you or your interviewee could be interrupted by acquaintances. For help upping your interview game, talk to your local HR Dept. 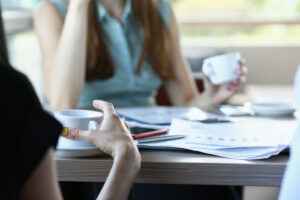 The weather’s generally rubbish, the days are short, and many people are broke and on diets after Christmas. It’s not surprising January supposedly features the most depressing day of the year, known as Blue Monday. How does all this affect your team each January?

If productivity takes a dive or the atmosphere sours, showing a little awareness and taking a couple of proactive steps could work wonders. Think what will work for your team, of course. But for many people, encouraging achievable exercise goals – like a daily step challenge, for example – and simply getting some fresh air and daylight at lunchtime could be a great start.