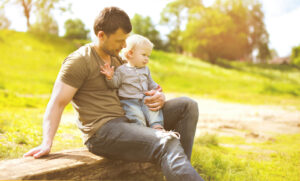 The poor treatment that mothers often receive in the workplace is well documented. What does not hit the headlines so regularly is the father’s lot at work in 21st century Britain.

A new survey by Deloitte and parenting website DaddiLife sheds some light on this. It’s not particularly pleasant reading for families. Nearly half of dads experience regular tension at work when trying to balance family life. It affects one in three dads’ mental health negatively.

Handling flexible working requests reasonably will involve a face-to-face meeting to discuss the request, properly weighing up the pros and cons and offering an appeals process. Taking the time to do this may help you to make a better decision as well as to stay legally compliant.

At first sight it may seem clear-cut that flexible working will not aid your business. But a considered appraisal of the impact of not granting it may change your mind. For example, if there is, as the survey suggests, a 33% chance of an unsupported father developing a mental health issue, maybe the cost in lost productivity of denying flexible working will exceed the perceived cost of allowing it.

Flexible working is also known to improve staff loyalty. So you may see the same story with recruitment and retention costs. The survey revealed that a third of new fathers have switched jobs and another third are actively looking to switch.

Flexible working is more highly valued by employees than ever. And traditional parental dynamics of the father being the bread-winner are increasingly perceived as outdated. So is it time to review your attitudes towards flexible working? Talk to your local HR Dept to review how you handle requests and how you can make flexible working work for your business.

Neurodiversity in the workplace 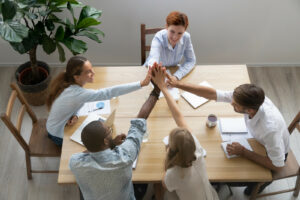 About 85% of people are neurotypical. This means that their brains process information as society expects. This leaves 15% who you could say “think different” to quote Apple’s famous advertising slogan. They are neurodivergent.

Neurodivergent people are often diagnosed with a condition, which can come with stigma. The main examples are ADHD, autism, dyslexia and dyspraxia. While they can each be associated with specific difficulties which are well documented, they also often give rise to strengths which come from thinking differently.

For instance, people with ADHD may be good at completing urgent tasks, those with autism at developing deep specialist knowledge, people with dyslexia at problem-solving and employees with dyspraxia at strategic thinking.

It all varies from person to person. But recognising neurodiversity, which is often recognised as a disability, and building a supportive working environment with reasonable adjustments where necessary, could give you a key advantage when trying to get the right blend of skills in your business.

LGBTQ equality in your workplace 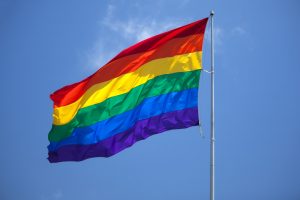 With 2019’s calendar of Pride events just around the corner, it’s timely to consider LGBTQ equality in your workplace.

In a TUC poll of more than 1,100 LGBT workers, more than two thirds of respondents said they had been sexually harassed at work. It is a shockingly high number. It suggests that such discrimination is widespread, despite sexual orientation and gender reassignment being protected characteristics under equality law.

Transgender employees may be particularly vulnerable in the workplace. For the first time in 2018, LGBT equality charity Stonewall featured trans-inclusive employers in its list of top employers for inclusivity. But only 20% of the top 100 employers had a policy which focused on trans employees.

It is proven that diversity pays. Inclusive companies are able to recruit from a wider talent pool and benefit from a positive workplace culture. Workforces which reflect the full gamut of society can also connect better with broad customer bases.

So with the motivation of legal obligation and better productivity, what could you be doing to foster greater LGBTQ inclusion at work?

The first technical check is whether you have an anti-discrimination policy. We’d advise this to be a day one requirement when you start employing people. It will be broader than just covering sexual orientation as there are nine legally protected characteristics. It will let employees know what is and isn’t acceptable and give you the tools to address any policy breach.

Assuming a policy is in place you can look at further proactive steps. Variations of the phrase: “Diversity is being invited to the party, inclusion is being asked to dance” do the rounds on social media. And while they may over-simplify a complex issue, they are of some use. Talk to your team, sensitively, about what an inclusive workplace looks like to them and use that as a steer.

If you find yourself without an anti-discrimination policy, or you want professional support in developing your inclusivity, talk to your local HR Dept. 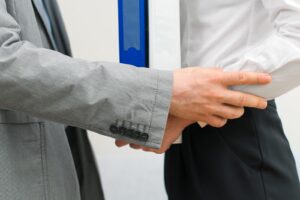 According to research, two thirds of workers want clear guidelines on what form of physical contact is acceptable in the workplace. While to some this may seem a bit “nanny state”, we should not forget the impact of the #metoo movement, and the wrongdoing it has highlighted.

The survey revealed just how frequently embarrassing greeting misunderstandings occur. One in eight workers have been accidentally kissed on the mouth and a quarter have been trapped in an unwanted hug. In total, 42% of workers would like at least one form of greeting prohibited.

It’ll be a cultural decision as to whether you want to introduce guidelines for your business. But the survey suggests there is some demand for boundaries to be set. 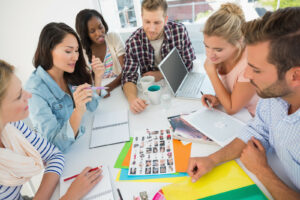 It’s a perennial issue – How do you get those creative juices flowing at the start of a meeting or training session? Love them or loathe them, ice breakers are often turned to.

If you’re currently burying your face in your hands, we understand. There are some terrible examples of ice breaking out there. From being asked to bark like a dog and find peers with the same barking style, to removing a shoe and have a stranger pair it back up to you, they can make people feel uncomfortable and invade personal boundaries.

But despite the litany of bad examples, there is merit in an ice breaker done well. The more contextualised to the gathering the better. By this we mean consider the time and space you have available and the expectations of your participants. Good ice breakers often have some link to the topic to be addressed. 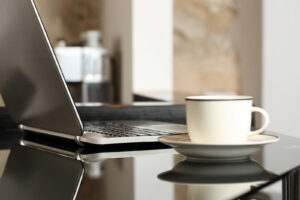 Working time has been under scrutiny in the courts of late. A European legal decision suggests that companies may soon have to document precise working hours to prove legal weekly limits aren’t exceeded. And at a UK employment appeals tribunal, a worker was awarded personal injury damages when a consistent denial of a lunch break aggravated a bowel condition. Everyone must be permitted at least a 20-minute break when working more than six hours continuously.

It’s worth checking you are contractually offering this minimum and granting it in practice. There’s no need to provide a dedicated break area, though, or pay people for break time.