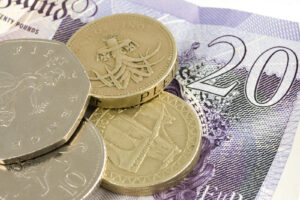 Last month, chancellor Philip Hammond delivered his 2018 budget. And as usual there were some announcements particularly relevant to employers. So here is our round up for SME business owners.

National living wage – This was introduced by George Osborne in 2016. In effect it’s an enhanced minimum wage for most people over 25. It was announced that this will rise by 4.9% in April, from £7.83 to £8.21 per hour. This will affect some sectors more than others. For businesses with low-paid workers such as in care and hospitality, we’d advise factoring these new rates into your budgeting for next year as soon as possible.

Apprentices – Apprenticeships are a useful option within the recruitment market if you’re looking to take people on and train them up in new skills. The government will significantly help to pay for the training, and in this budget it was announced that this help will be extended. Currently, as an SME with an annual wage bill of less than £3million, The Apprenticeship Levy does not apply and you only have to pay 10% of the training costs. The good news is that this will be reduced to just 5%. However, a date for this reduction has not been set.

IR35 – Originally introduced in 1999 this is a tax rule designed to stop freelancers and companies sidestepping tax through disguised employment. So very relevant to all the news we have about the gig economy right now.

Last year a requirement under IR35 was introduced for public sector organisations to deduct tax and national insurance from contractors. Now, it’s been announced that from 2020 private sector firms employing more than 250 people will be responsible for checking their contractors’ statuses and deducting the appropriate tax. And if they get it wrong, they will be liable for tax fines.

So IR35 is starting to affect the SME market more, and who is to say where it will stop? We regularly talk about the importance of getting the status of your workers correct in contracts at the outset. And this development in the budget only heightens the importance. If in doubt, call us. 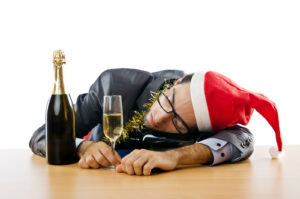 ‘tis nearly the season to be jolly, and therefore, as your friendly neighbourhood HR advisers we need to begin our warnings about the dreaded office Christmas party. Here’s an interesting one concerning vicarious liability – that’s when a company is held responsible for the actions of other people.

In a recent Court of Appeal judgement, a company has been found vicariously liable for its managing director punching an employee at an after-party which followed their main Christmas bash. The assault resulted in brain damage and happened after a dispute about the terms given to a new employee.

The ruling is of interest because technically the incident did not occur at the company event. However, because of the seniority of the staff member, the fact he was asserting his authority, and that the company had paid for alcohol and the taxis to the after-party, there was a strong enough link for vicarious liability. Do plan your party carefully and remind all those attending of expected standards of behaviour.

How to Hygge at work

Cold winds, short days and rain… lots of rain. If our abrupt transition into Autumn has got you or your team feeling glum, you need a bit of Hygge (pronounced hoo-gah) in your workplace. Fresh from Denmark, it is the latest Scandinavian craze to sweep our shores. While there is no exact translation, it broadly means feeling cosy through your experiences.

So rather than merely turning the radiators up to 11, it is about creating warming interactions with your colleagues. It could be bringing cupcakes into the office to share impromptu, taking an extra coffee break and chatting about something other than work, or structuring tasks so that they are teamwork-based.

It’s certainly more charming than Kalsarikänni, anglicised to Päntsdrunk – a Finnish lifestyle trend to cope with the harsh weather which involves drinking at home alone in your underwear! 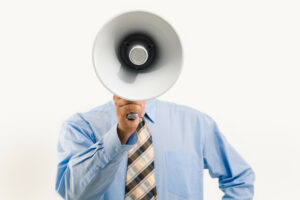 In the classic MR James ghost story Oh, whistle, and l’ll come to you, my lad, a university professor is hounded by a spectre after discovering a relic whistle from a bygone age and blowing on it. He’s eventually set free from his haunting by the intervention of a retired colonel.

There can be similarly troubling consequences for employees who blow the metaphorical whistle when they uncover malpractice in their workplace. But instead of kindly colonels, there are robust laws in place to protect the employees. And the judgement in a recent court case has added further weight to these whistle-blowing laws.

The CEO of an oil company was first excluded from decision-making processes, and then dismissed, after raising concerns about the award of contracts in Africa and corporate governance. No notice period was given, the reason provided was that the firm only had a very small HR department and therefore couldn’t follow proper procedures. Ahem!

The employee won his original tribunal, the employment appeal tribunal and then the case at the Court of Appeal. What is most striking however is the size of the award – about £2 million – which was revised upwards during the appeals. And particularly that two individual directors were held personally liable in addition to the company.

It’s vital to be aware of whistle-blowing laws and identify whistle-blowing complaints at an early stage so that you can handle them appropriately. To do this properly you’ll need to train managers and staff. If you would like professional advice to understand the frameworks you need, training or help on an actual case, contact your local HR Dept adviser.

The problem with productivity 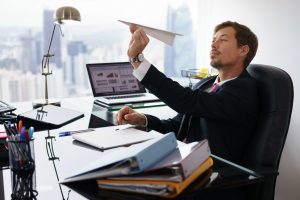 It is not news that the UK suffers from low productivity – we are said to lag competitor nations such as Germany, France and the USA by one third. And worryingly, it is a problem that is getting worse. So what is to be done?

The Institute of Directors has recently published a major new report into the issue for SMEs (you can find it online). In it they make a list of recommendations. Many of these are directed at central government, but some can be considered directly by SME owners and managers. Encouraging knowledge transfer between higher education institutions and small businesses is one. And creating a culture of technological leadership within SMEs is another. If you are seeking to raise productivity yourself, these may provide a practical starting point for you to explore for your own business.

You might consider it’d be an open and shut case of harassment and discrimination at an employment tribunal: An overweight employee with type-1 diabetes and Traveller Community heritage dismissed after repeatedly being called names such as “fat ginger pikey” and “salad-dodger”.

But, in fact, the company won its cases at the employment tribunal and on appeal. Key factors in their favour were that the employee used coarse language at work himself and showed no umbrage at the time of being insulted. Also, that other colleagues left the company at the same time following poor performance, which was the company’s reason for his dismissal.