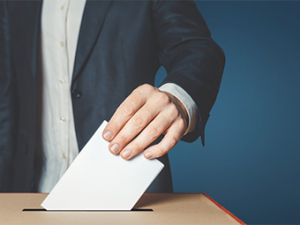 As yet another polling day approaches (the general election is being held on Thursday 12th December, in case it’s not in your diary yet), a question we are often asked is: “Do I need to give workers time off to vote?”

There’s no legal requirement to do so. And with polling stations open from 7am to 10pm, most employees should get the opportunity to vote no matter what their working hours.  If your Christmas party is already confirmed for this date or if some employees do face an issue, a degree of flexibility during the day will help keep relations positive.

So what else might you need to consider? Some schools are being used as polling stations, and this may mean they are closed to children, presenting a childcare headache for working parents.  It is a good idea to find out now who might be affected to remind them and to give them time to make alternative arrangements. Unpaid time off for dependent emergency is not intended to cover events like this

Political discussion can quickly turn heated. So it’s advisable to discourage or prohibit it in the workplace. Even Google, renowned for an uninhibited workplace culture, has seen the need to clamp down on such “disruptive conversations” this year.

Whilst political beliefs are not expressly protected under the Equality Act 2010, some types of view may be captured by religious and philosophical belief. Cases concerning Scottish Independence and climate change have been found to be covered, whilst vegetarianism, for example, was not.

The upcoming election might get you thinking about the qualities which managers and leaders should have in your own business: integrity, resilience, vision perhaps.  When hiring or promoting for leadership positions, one thing you should be wary of is fake news – just as in the real election.

In 2017, a leadership training and research firm conducted a survey of 3,000 employees; over half were concerned that colleagues were getting away with being untruthful about themselves.

So next time you are recruiting, make sure you don’t become a victim of fake news: delve a little deeper into claims being made, follow up on references. And if it is an internal appointment, a culture of regularly reviewing employee performance and carrying out one-to-ones will help you get to the truth and increase your chances of hiring a genuine performer.

It’s not a hangover, it’s an illness 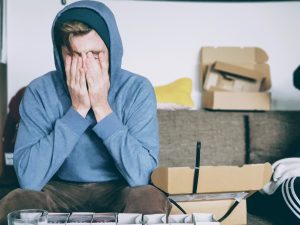 A regional court in Germany recently ruled that hangovers are an illness. No need to face palm in frustration at the thought of your workforce being decimated by “legitimate illnesses” after Christmas parties. The ruling was in relation to a food manufacturer who made medical healing claims over hangover cure products.

In the UK, most employers should already have a policy in place that classifies attendance at work when under the influence of alcohol (hangovers included) as misconduct.

And although hangovers may be somewhat disabling, they aren’t considered a disability under the Equality Act 2010. Be wary though! Long term Alcohol abuse may be the cause or consequence of a related long-term impairment or disability, think liver disease or depression respectively. In such cases, you should sensitively investigate further, utilising occupational health if appropriate, to determine if there is an underlying disability.

This aside, here are some top tips for managing some alcohol related issues in your workplace:

Review existing policies. Introduce a drug and alcohol misuse policy if not already in place. Make sure drinking during working hours is also covered in your driving and disciplinary policies.

Collect appropriate evidence. Any disciplinary offence should be investigated before action is taken. Witness statements will be important. Drug and alcohol testing can play a useful deterrent.

Take action right away. A delay in reacting to suspicions of intoxication could result in health and safety implications that could have been avoided. As an employer, you could be found vicariously liable for the actions of your staff.

Set clear expectations and consider workarounds. Provide guidelines for staff attending work events where alcohol is served. And consider altering working patterns for staff entertaining clients – for example, a later start time the following day to mitigate the risk of driving under the influence. 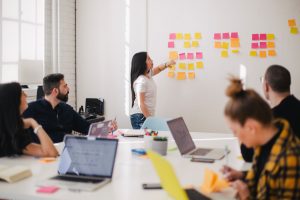 In a survey by an employee engagement firm, 27% of employees admitted that the run up to Christmas was their least productive time of the year. As Christmas approaches you may well find that your employees are less focused on their work, and instead are winding down for the festive break. Or planning for, and recovering from, a flurry of parties.

But festive fun might not be all that’s keeping your employees from being fully effective. The shortened working month can also lead to added pressures for completing projects. And with it reported that over half the population admit to overspending at Christmas, financial pressures may also weigh heavily on employees.

How can you help your team? Some things should be in your control. For example, make sure deadlines are achievable and that holiday requests are managed fairly.  And why not celebrate a year of hard work by planning a staff party so everyone can let off some steam!

Should non-smokers get extra holiday days? 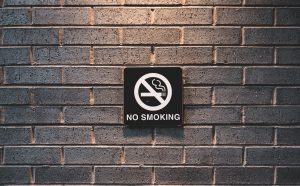 In September, a Japanese company introduced a policy of rewarding non-smoking employees with an extra six days of holiday a year. The firm’s CEO hopes it will encourage smokers to quit. So far four have.

But could you imagine the can of worms you’d be opening if you introduced something similar? Tit-for-tat productivity claims amongst your smoking and non-smoking employees, comparing the cigarette breaks to anything from the length of toilet trips (shudder) to the amount of tea being drunk.

If productivity is a concern, we’d advise introducing a programme which measures output more precisely than mere hours spent at a desk. And if, as with this Japanese example, there is also some altruistic motivation from management in encouraging healthy lifestyles, it’s better to do this in a more positive way. For instance allowing some time during the working week for physical activity, or offering free fruit to staff.

What to do in a power cut 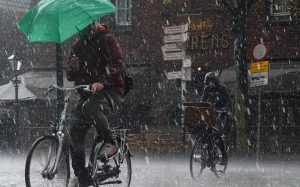 Invariably winter brings bad weather and, as we’ve seen recently, sometimes flooding. In extreme cases this may affect your business’s power and heating. If the risk to you is sufficient, it would be wise to have a disaster recovery plan.

Considering our short winter days, it’s worth keeping torches and batteries on site, even if you don’t operate night shifts. If a power cut occurred, we wouldn’t advise candles! Depending on your business’s circumstances, you may find it helpful to explore standby generators.

If the heating’s out, there’s no absolute legal minimum working temperature. But the Health and Safety Executive says that 16°c is considered a reasonable minimum for non-physical work. Thermos flask for hot drinks, hot water bottles and calor gas heaters can all be solutions.

And if things get really bad, you’ll need to assess whether staff are at risk. Is flexible working an option? If no work is available, could they take annual leave? Where possible we’d suggest trying to find a middle ground, because in the interests of long-term relationships, we might get snow this winter too. 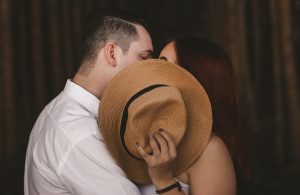 Only in France! A company has been found liable for compensation after an employee died on a business trip… whilst having sex with a stranger.

The court ruled that sex is “like taking a shower or eating a meal” and deemed it an industrial accident. And so the company was left partly liable for a bill to the family for 80% of his salary, for every year up until he would have retired.

Luckily, this is French jurisdiction only. So unless you are involved in a more risqué line of work, you shouldn’t have to worry about being liable for “death by sex” for your employees. But do still carry out a relevant risk assessment when sending them on a work trip.